Brain Octane is a staple of the Bulletproof Diet and a key ingredient in Bulletproof Coffee. It’s there because it raises fat-burning, brain-fueling molecules in your body called ketones much more than coconut oil or another broad category of fat generically called medium chain triglycerides (MCTs). Brain Octane is the most effective type of MCT you can use to help lose weight, curb your hunger, kick your brain into a higher gear, and even recover faster. In fact, Brain Octane is more than 4 times as effective as coconut oil at raising ketones – recent research shows that coconut oil doesn’t raise ketones any more than fasting for 8 hours.

There are four different kinds of MCTs, and they each do different things, not all good. That’s why a cup of coffee made with butter and coconut oil won’t keep you full for more than an hour or two, but a true Bulletproof Coffee made with Brain Octane and our mold-free coffee beans gives you stable energy for your entire morning.

This article takes a deep look at using Brain Octane (not just MCTs) for everything from brain function to athletic performance. You’ll learn about the different kinds of MCTs, what each of them does, and even the “fake” MCT that is legal to market as an MCT even though your body thinks it’s a long chain fat. You’ll also discover why sourcing, processing, purity, solvents, dose, and other details matter for your brain…and your pants. 🙂 Let’s get to it.

Medium chain triglycerides (MCTs) are a special class of fat. Chemically, they’re a bit different from their shorter-chain and longer-chain relatives.

Fat molecules are kind of like rats – larger bodies with thin tails coming off them. The length of a fat’s tail determines a great deal about how it behaves in your body.

This is Brain Octane. The body’s on the right, and the 8-carbon tail is on the left.

MCTs get their name from their medium-length tails – anywhere from 6 to 12 carbons long. There are 4 kinds of MCTs: C6, C8, C10, and C12. Some MCTs turns into ketones more efficiently than others, making them a potent energy source that has nothing to do with sugar or protein.[

Ketones put you into ketosis, which is when you burn fat instead of carbs for most of your energy. Ketones are a fast, clean-burning source of fuel. Different MCTs turn into ketones at different rates:

This is the shortest MCT, with 6 carbons. You convert it to ketones faster than its longer counterparts.

It also smells and tastes like goats – so much so, in fact, C6’s chemical name, “caproic acid,” comes from “capra,” which is Latin for “goat.” The next two MCTs on this list share the same root name, but you can take their goaty flavor out with processing.

Caproic acid also causes digestive issues, even in tiny doses. Low-quality MCT oils made overseas can contain 1-2% C6, which can make them particularly rough on your stomach. It took me a long time to figure out why some generic MCT batches caused “disaster pants.” Caproic acid is one reason.

This is the good stuff. With 8 carbon molecules, Brain Octane converts to ketones within minutes, making it very powerful for suppressing hunger and fueling your brain in a way that other MCTs do not. Brain Octane is also flavorless, odorless, and easier on your stomach, so you avoid the pitfalls you run into with C6 (this has to do with processing too). Bulletproof Brain Octane Oil is 100% American-made, 100% coconut based, triple-distilled C8 MCT, which is why it doesn’t cause disaster pants like generic MCT, and why it raises ketones much more. It also doesn’t kill orangutans like the vast majority of MCT, which is made from palm oil. Notably, adding coconut oil to Brain Octane actually blunts the ketone spike you are looking for! You can see the graph below for a comparison of different Brain Octane, MCT oils, and regular coconut oil (CO).

Capric has 10 carbons instead of 8, so it is less efficient than C8. The extra two carbons mean your liver takes longer to turn C10 into ketones, but you do still get mental and metabolic boosts from it. C10 is much less rare than C8, making it cheaper to produce. Bulletproof XCT oil is a blend of C8 and C10 to save you money, but as you see in the graph above, you don’t get as high of a ketone spike. It still beats coconut oil and generic MCT oil!

Lauric acid is very cheap because it’s so abundant in coconut oil. In fact, the lauric acid we strip out to make Brain Octane often gets used for soap making. Coconut oil and generic MCT oil marketing companies like to proclaim that lauric acid is an MCT, which is legal. That’s because a chemist (not a biochemist) arbitrarily decided that an oil with 12 carbons was “medium.” Biochemists know that lauric acid behaves exactly like a long-chain fatty acid – those extra carbons in C12’s tail require additional metabolic steps, meaning your liver is less efficient at absorbing C12, and it does not break down into ketones unless you are on a very low carb diet.
In contrast, Brain Octane creates ketones even if you are eating carbs! This is why lauric acid won’t curb your hunger or sharpen your cognition the way Brain Octane and XCT Oil will. Dr. Melinda Culver explains more on Bulletproof Radio, below:

Poor ketone production certainly doesn’t make lauric acid useless, though. It’s the strongest MCT when it comes to fighting off viruses, fungi, and bacteria, including Staph and Candida.[ Lauric acid is also a precursor to monolaurin, another compound that’s very good at killing microbes.

Coconut oil is about 50% lauric acid, which is why I recommend you eat a tablespoon of it per day. There is no reason to pay for MCT oil with lauric acid when it’s so cheap to get in coconut oil – but coconut oil won’t curb your hunger and boost your cognitive function as well as Brain Octane.

As you get low on energy, your stomach and intestines send a powerful little hormone called ghrelin up to your brain. When it arrives in your brain, ghrelin starts making a fuss, demanding more fuel. Ghrelin’s nicknamed the “hunger hormone” because it’s largely responsible for the sensation of hunger. Your stomach keeps pumping out more and more ghrelin until you eat.

Once you have some food in you, ghrelin slows down, and another hormone, CCK, comes into play. If ghrelin is the hunger hormone, CCK is the fullness one: it tells your brain you’re satisfied and to stop eating. CCK is powerful stuff – injecting people with it makes them stop eating mid-meal.[

Brain Octane turns into ketones. Ketones suppress ghrelin (hunger) and enhance CCK (fullness). The result is that you stay satiated and energized for hours on a small amount of Brain Octane. No need to eat every 2-3 hours, as long as you get the right dose of ketones. More on that later.

Ketones do more than suppress hunger. They also:

This is why Bulletproof Coffee works so well. When you drink a cup of it you’re full for hours, your food cravings vanish, you’re in fat-burning mode, and you keep your fat stores from filling back up. Losing weight can become effortless.

And then there’s the mental clarity. Brain Octane is superb brain fuel for a few reasons.

The first is speed. Brain Octane turns into ketones within minutes. Those ketones will happily pass the blood-brain barrier,[ providing your neurons with almost immediate access to energy. You can feel your brain turn on. Brain fog disappears in favor of crisp, quick thought.

There aren’t many studies on MCTs and brain function in healthy people – it’s something you’ll have to try and feel for yourself – but there are studies on MCTs in people with Alzheimer’s.

One of the first symptoms of Alzheimer’s and other forms of dementia is impaired glucose metabolism in the brain – sugar can’t get where it needs to go, and without energy from it, brain cells start to die. Ketones work on a separate system from glucose, and that system often stays intact in people with dementia. That means MCTs can provide energy to dying brain cells, keeping neurons alive in the face of Alzheimer’s and sometimes even reversing symptoms.[

But even if you’re thriving, Brain Octane can give your brain a boost. Try it. You’ll feel it.

Sugars and simple carbs sap your testosterone, which cuts into any muscle you’re hoping to build in the gym. Brain Octane won’t do that – it’s a fast source of clean energy. And if you get it through Bulletproof Coffee, you’re actually supporting testosterone synthesis because of all the saturated fat and cholesterol in the grass-fed butter. The caffeine from the coffee will give you a nice boost in the gym, too. You’ll feel supercharged for your workout.

Plus, MCTs on their own can improve your stamina:

For more on Brain Octane, ketosis, and exercise, check out this episode of Bulletproof Radio with Ben Greenfield . Ben is one of the most elite athletes in the world, and he runs almost entirely on ketones.

Sourcing and processing: what’s the best source of MCTs?

Well, obviously I’m going to say Bulletproof Brain Octane Oil. But I mean it, and here’s why:

If Brain Octane is too strong or you want to save money, try Bulletproof XCT Oil. It’s a blend of C8 and C10, so it won’t be quite as powerful as Brain Octane. But it’s significantly less expensive and it meets all the Bulletproof standards you just read about.

How to get the right dose

Too little Brain Octane won’t curb hunger or put you deep enough into fat-burning ketosis to make a difference. Too much leads to what we call “disaster pants.”

Start with a teaspoon of Brain Octane and build your way up over the next couple weeks. Your goal is to lift your ketone concentration to 0.48 mmol/L.

At 0.48, your body resets ghrelin and leptin, your hunger hormones[. That’s the magic number you want for maximum hunger suppression and decent fat burning. Getting there the first time will take a little self-experimentation.

Pick up some Ketostik from any pharmacy. They change color according to the amount of ketones in your urine. Take a teaspoon of Brain Octane and measure your urine within the next 30-60 minutes, then slowly build up until you get the Ketostix color that corresponds with 0.48 mmol/L.

You can also use a blood ketone meter. It’s far more convenient and accurate than a urine test. It’s also more expensive. The meter and 10 test strips will run you about $100.

And remember that you don’t have to spend money here if doesn’t appeal. Just keep building the dose (slowly) until you stop getting hungry. Data is nice; intuition can be just as valuable.

Brain Octane is a powerful tool to add to your biohacking toolbox. Have you had success with it? Issues? Questions? Leave it all in the comments.

And if you’re looking to try Brain Octane, but don’t want to commit to the 32-oz bottle, try the 16-oz, or even the travel-friendly 3-oz bottle.

Thanks for reading and stay Bulletproof! 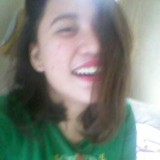 Get a free copy of
The Biohacker's Flu Guide